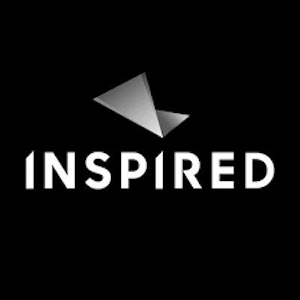 The online casino and iGaming brand Inspired Entertainment has announced two new appointments to its independent board of directors. The company is currently focused on growth and expansion into the highly coveted North American market. The appointments are both significant in terms of high profile persons with many years of experience in business. The addition of Desiree Rogers and Steve Saferin will increase the number of board members to seven.

The appointments are effective immediately, with the very fact being a clear indication of the sense of urgency on the part of the company.

Rogers has an impressive career so far, including currently still serving on the board of MDC Partners and Pinnacle Entertainment, as well as a previously having served as the director of the Illinois Lottery, the White House Social Secretary under presidency of President Obama, and Chief Executive Officer for Johnson Publishing, a prominent lifestyle company.

Saferin too, has an impressive portfolio, and one very relevant to the entertainment and games industry. Saferin was the founder of lottery games and promotion company Media Drop-In Productions (later re-branded as MDI Entertainment), and continued to serve the company as Chief Executive Officer until selling the entire entity to major developer and key role-player in the iGaming industry, Scientific Games Corporation, in 2003.

After having sold his sterling creation to Scientific Games, Saferin continued to serve MDI as division president, in addition to having accepted an appointment as Chief Creative Officer for the Scientific Games Corporation in 2009. Saferin held this position up until 2016, when he decided to retire from a very busy schedule and work-pace.

Interesting and quite impressive to note too, is the fact that Saferin was honoured by having been recognised into the Lottery Hall of Fame for groundbreaking innovations in Lottery advertising.

Executive Chairman of Inspired Entertainment, Lorne Weil, welcomed Rogers and Saferin to the company’s board of directors, commending once more the value of their leadership and vast experience in the entertainment industry.

Weil pointed out that the collective immense depth of experience held by the two parties would prove irreplaceable in the company’s vision for expansion in North America. He described Saferin and Rogers as true assets and said that it was an honour to have them on board.